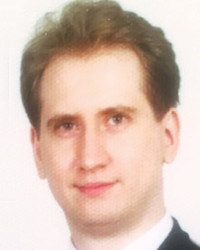 In the European Union, the control of animal herd health status is based on periodic clinical and serological studies.
The health condition of herds is also monitored on the basis of post-mortem examination results. Only countries that guarantee that their animals are free of the most serious infectious diseases have a chance of free international trade. This applies primarily to exports to other EU Member States (Hill et al., 2014).

In Poland, about 20 thousand tonnes of large game (deer, roe deer, wild boar) meat is obtained annually (UNECE, 2018), and most is exported to Germany, the Netherlands, Italy and Sweden (CSO, 2019). As a raw material in the human diet, wild game meat can pose a threat to health and even life, due to the presence of many diseases of viral, bacterial or parasitic aetiology in free-living animals. Throughout the world, wild boars are carriers of numerous diseases, including foot and mouth disease, Aujeszky’s disease, classical swine fever and brucellosis (Perez et al., 1998; Watarai et al., 2006; Zanella et al., 2008; Meng et al., 2009). The use of wild boar meat is also associated with a risk of trichinellosis, particularly Trichinella spiralis, and accordingly wild boar meat must be screened, as the frequency of this parasite is much higher than in domestic pigs (Żmijewski et al., 2019).

The correct manner of obtaining wild game, evisceration hygiene, and proper cooling and handling of the carcass during transport and at the collection site are a guarantee of the health safety of game meat. Diseases and quality deviations detected during the sanitary and veterinary examination conducted at the processing plant also affect food safety (Tropiło and Kiszczak, 2008). Game meat testing is often successful in breaking the epizootic or epidemiological chain, eliminating carcasses showing quality deviations that affect their suitability of consumption (Stärk et al., 2014).

The aim of this study was to analyse the results of the post-mortem inspection of wild boars in 2015–2019 conducted by the Veterinary Inspectorate in Poland.

The analysed data included sanitary and veterinary survey results published in the annual reports of the General Veterinary Inspectorate (RRW-6) between 2015 and 2019. Data on the total number of wild boar (Sus scrofa) was taken from the data of Statistics Poland (2015-2019).

The numbers are given for the beginning of a specific hunting season, according to estimates made in March (Table 1).

Between 2015 and 2019, 680,453 wild boars were subjected to sanitary and veterinary examinations. The post-mortem sanitary and veterinary examinations of wild boars were carried out in accordance with Regulation (EC) No 854/2004. Internal organs and carcasses were examined. Lung examination consisted of external visual inspection, examination of lymph nodes, visual inspection of lung and tracheal section. During the examination of the liver, attention was paid to oedema, petechiae and necrotic foci. Hepatic lymph nodes were visually inspected.
When examining the heart, attention was paid to inflammatory lesions of the pericardium and pericardial sac. Next, the epicardium and myocardium were examined, paying attention to petechiae, cysticerci and degenerations. When examining the spleen, attention was paid to its enlargement, oedema, petechiae and foci in infectious diseases. Sexual organs were examined to rule out infectious diseases. When examining the carcasses, attention was paid to the presence of a gunshot wound, the condition of the integument (bristles, skin), especially in the axilla and inguinal regions, lower limbs, snout, oral cavity, tongue and eyes. The pleura and parietal peritoneum and internal surfaces of accessible abdominal muscles were examined. The condition of inguinal superficial and medial iliac lymph nodes was examined.
The condition of available muscle surfaces and their cross-sections was evaluated, paying particular attention to cysticerci. Wild boar meat was tested for trichinellosis.

The assessment took into account changes and symptoms such as emaciation, putrefaction, septicaemia or pyaemia, cysticercosis, trichinellosis and other parasites. The analysis of test results took into account the number of animals examined, the number of carcasses with lesions, and the number of carcasses declared unfit for consumption. Carcases were assessed as unfit for consumption when finding: signs of natural death of the animal, diseases communicable to humans and animals, cancer, disseminated parasite infections, trichinellosis, poisoning, extensive injuries and watery infiltrates, putrefaction, significant changes in colour and taste, significant changes in consistency, and stains that cannot be removed by thorough cleaning (Tropiło and Kiszczak, 2008). The collected specimen was compared with the frequency of pathological changes found in the sanitary and veterinary examination of wild boars, and the percentage structures were determined.
Changes in the frequency of pathological conditions and disease changes in wild boars in the years 2015-2019 was also analysed.

Between 2000 and 2013, the number of wild boars in Poland more than doubled.
In 2013 and 2014, the size of the wild boar population was estimated at over 280,000. In subsequent years, there was a gradual decline, with only 71,800 wild boars registered in 2019 (Table 1; SP, 2019). In Poland, a plan to reduce the wild boar population is being implemented with the aim of minimizing the risk of African swine fever (ASF) spreading to the country (Król, 2020), as wild boars are a source of ASF in the European environment (Frant et al., 2020). The carcasses of affected wild boars may even remain infectious for several months (Podgórski and Śmietanka, 2018).

The most important reservoir and source of human trichinellosis worldwide is the domestic pig (Balić et al., 2021). In Europe, wildlife has played a significant role over the last thirty years (Jankowska-Mąkosa et al., 2019). Horses and sheep may also be sources of human invasion (Cabaj et al., 2004). In 2009, 972 cases of trichinellosis were recorded worldwide among free-living animals. The highest number of cases was found in Europe, where 17 countries recorded 970 cases, while only two cases were recorded in South America, in Argentina. In Europe, trichinellosis was diagnosed in 683 wild boars (70.5% of all cases). In 2009, 50,433 wild boars were tested in Poland, and Trichinella was diagnosed in 472 (0.93%) (OIE, 2010).

One of the most frequently observed lesions during the sanitary and veterinary examination of wild boars was emaciation. It was diagnosed in 2665 wild boars (0.39%) in the present study.
The reason for this may be the reduced condition of the animals, particularly older ones. Carcasses with signs of emaciation may further show signs of systemic disease (Aguirre et al., 1999).

In addition to parasitic infestations, putrefaction was found in a significant number of wild boars. In this study, putrefaction was found in 2546 wild boar carcasses (0.37%), which may be attributable to inappropriate handling of carcasses by hunters in the hunting grounds or during their transport to the collection point. Increased incidence of putrefaction may also be associated with inappropriate evisceration or cooling (Giuggioli et al., 2017). After killing large wild game, the stomach and intestines should be removed as soon as possible and it should be bled out. Often times, animals are hunted in inaccessible places, which delays evisceration. Within just hours, intestinal bacteria can pass the intestinal barrier and contaminate the muscle tissue (Deutz et al., 2000).

Trichinellosis in wild boars was found in all 16 voivodeships, ranging from 18 cases in Dolnośląskie to 748 cases in Zachodniopomorskie Voivodeship.
A total of 1908 cases of trichinellosis were found in the Kujawsko-pomorskie, Wielkopolskie and Zachodniopomorskie Voivodeships, accounting for 57.8% of all cases of the disease in 2015-2019 in Poland (Table 5).

During the study period, changes in the form of carcass putrefaction of wild boars were found in 11 voivodeships (Table 7).
The highest percentage of such changes was recorded in Lubelskie Voivodeship, while the lowest incidence of changes included the Warmińsko-mazurskie, Pomorskie, Podlaskie, Mazowieckie and Podkarpackie Voivodeships (less than 0.13%).

To conclude, it should be stated that in Poland in the years 2015-2019, the number of wild boars with lesions showed an upward trend. There was a decline in levels when analysing the percentage of carcasses with trichinellosis lesions, with the exception of 2019, when the number of carcasses with trichinellosis increased significantly. In the analysed period, there was an increase in the percentage of wild boar carcasses declared unfit for consumption in relation to the total.
This could be due to inadequate cleaning of gunshot wounds by hunters in the hunting grounds, and improper and inadequate evisceration and bleeding.
The quality of the raw material supplied for processing depends also on the skills of hunters. It is therefore advisable to raise the requirements and enforce proper procedures for handling game in hunting grounds. It is also important that collection points ensure that the carcasses are properly stored. 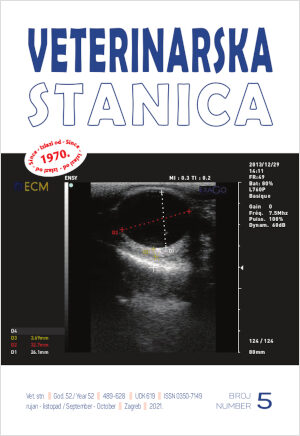 The impact of oestrus synchronization by hormone medication and varying numbers of artificial insemination sessions, determined by sow reproductive indices

An epidemiological study of bovine mastitis and associated risk factors in and around Eltarf District, northeast Algeria

Ovarian cysts in cattle: a review