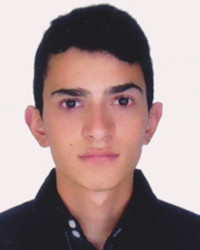 Mammary tumours are the most frequent group of neoplasia in female dogs.
Tumorigenesis is associated with gene expression changes in a wide variety of genes. For this reason, real-time quantitative PCR (qRT-PCR) is used in routine diagnostic procedures in clinical practice due to its the specificity, sensitivity, simplicity, and high performance. qRT-PCR is also widely used to measure the expression of target genes compared to reference genes in several tissues. We collected blood samples from healthy female dogs and females with canine mammary cancer in Manizales, Colombia between June 2018 and January 2019, and mRNA was isolated from each sample for cDNA synthesis. qRT-PCR-based expression assays were performed using primers designed for gamma-actin, beta-actin, GAPDH, and 18S genes. We calculated the amplification efficiency, specificity, and stability using geNorm, NormFinder, BestKeeper, and the ΔCt comparative method. We obtained linear regressions to verify constant gene expression and conducted an ANOVA to detect expression differences regarding Ct values and healthy vs. ill conditions. We found stability for primers 18S-1, GAPDH-1, GAPDH-NM, and Gamma-actin-1 (in increasing order). Furthermore, these genes showed constant expression levels in patients (R2 > 0.80). We report novel primers for gamma-actin and GAPDH, which proved to be efficient endogenous control genes for qRT-PCR applications in blood tissue.
These primers are useful for gene expression research in canine mammary cancer.

Mammary tumours are the second most frequent group of neoplasia in dogs, after skin tumours (Pastor et al., 2018). Currently, mammary tumours represent 50% to 70% of tumour cases annually and the frequency of this neoplasia is three times higher in dogs than in humans (do Carmo Silva et al., 2019). Mammary cancer comprises several types and subtypes that determine the prognosis and required treatment. Therefore, the development of reliable biomarkers to detect, diagnose, and treat specific mammary cancers is crucial (Clavijo-Maldonado et al., 2020). Tumorigenesis is associated with changes in gene expression and, for this reason, gene expression profiling is a common topic in mammary cancer research and practices for pharmacological treatment (Guillemette et al., 2017). Quantitative real time PCR (qRT-PCR) is currently incorporated into the clinical practice as a diagnostic test for mammary cancer based on the use of molecular markers in routine protocols (Wilson et al., 2014).

Quantitative real-time PCR offers a wide range of advantages compared to standard methods, such as Northern blot and semi-quantitative PCR. Furthermore, qRT-PCR is the most accurate, sensitive, and widely used tool for absolute and relative quantification of transcription levels of a single gene (Scharlaken et al., 2008). This technique is useful to compare the expression of target genes to reference genes or endogenous controls that show invariable or constant expression in different tissues and conditions (Pfaffl and Hageleit, 2001). Experimental reproducibility is required for experimental inference; however, cancer tissues often exhibit a broader variability in gene expression than normal tissues, due to tumour heterogeneity, genetic instability, and genetic alterations in diverse cancer types that can differentially affect cellular processes at the transcriptome level (Rubie et al., 2005). These characteristics present challenges for establishing efficient reference genes or endogenous controls in qRT-PCR experiments in cancer studies (Jo et al., 2019).

Between June 2018 and January 2019, we collected blood samples through aseptic venipuncture in 20 female dogs (mixed-breed and pure-breeds) between 6 months and 14 years old.
The samples were divided into two groups: control or healthy samples (10) and samples with alterations of the mammary glands (10). The samples were labelled and individually stored at -80 °C in DNA/RNA Shield™ Blood Collection Tubes (Applied Biosystems) to optimally conserve cell-free RNA.
Total RNA (mRNA) was isolated using Tempus™ Spin RNA Isolation Reagent Kit (Applied Biosystems), according to the manufacturer’s instructions. The RNA samples were stored at -80 °C.
We evaluated RNA quality through 1% agarose gel electrophoresis, stained with SYBR Safe®dye, and run at 80V for 45 minutes. Furthermore, RNA quantification was done fluorimetrically on a Quantus Fluorometer™ (Promega®) using the QuantiFluor® dsDNA System (Promega®), according to the manufacturer’s instructions. First-strand cDNA synthesis from the RNA samples (3 ng/μL) of healthy and ill female dogs was performed using SuperScript® III First-Strand Synthesis SuperMix (Invitrogen®) with oligo(dT)20 (50 µM) according to the manufacturer’s instructions.

Review and evaluation of reference genes and primer design

Primer design was based on the gene sequences reported in GenBank for gamma-actin, 18S, beta-actin, and GAPDH. We molecularly confirmed these genes through conventional PCR in a final reaction volume of 40 μL that contained 21.8 μL ultrapure water, 8 μL 5X buffer, 2.4 μL MgCl 2 (25 mM), 3.2 μL dNTPs mix (10 mM), 0.6 μL of each primer (25 μM), 2 units of GoTaq® Flexi DNA Polymerase (5 U/μL Promega®), and 3 μL cDNA. The amplifications were performed on a Techne TC-PLUS thermocycler according to the following thermal conditions: initial denaturation at 95 °C for 10 min, followed by 41 cycles at 95 °C for 30s, 50 °C for 20s, and 72 °C for 60s, completing the reaction with a final extension at 72 °C for 7 min. The PCR products were purified using QIAquick PCR purification kit (Qiagen®), according to the manufacturer’s instructions, and the samples were sequenced at Macrogen Inc. (South Korea). The sequences were assessed and edited using Geneious v8.14 and GeneStudio V.2.2 program. Next, we performed a BLASTn search in NCBI and BLAT alignment (Kent, 2002) with the UCSC Genome Browser (Karolchik et al., 2003) to confirm that each gene amplified corresponded to Canis lupus familaris.
All the sequences obtained here were deposited in GenBank.

We determined the qRT-PCR efficiency (E = (10-1⁄m) -1) for each of the primers (Pfaffl and Hageleit, 2001) using a pooled sample (i.e., cDNA mix of the control or healthy samples and the samples of dogs with mammary cancer) containing 2 μL of each cDNA. We performed three serial dilutions with dilution factors 1/5, 1/15, and 1/45 to create a relative standard curve and determine PCR efficiency for each of the primers. We also included a control reaction with three replicates (in all cases). The PCR efficiencies were used to convert the cycle threshold values (Ct) to raw data (relative quantities).

We evaluated the gene expression stability of the candidate reference genes using the dilutions of healthy and ill females (three replicates) that showed the best efficiency results. Furthermore, we included controls with DEPC-treated water (Ultrapure DEPC, Invitrogen®).
We used the standard reagents for the qPCR reactions (including SYBR Green) and selected the comparative Ct (ΔCt) quantification method on the StepOnePlus Real-Time PCR System (Applied Biosystem®). The standard ≤60 °C program was used, which comprised an initial incubation step at 95 °C for 5 min, followed by 35 cycles of denaturation at 95 °C for 20s, 55 °C for 15s, and extension at 72 °C for 30s. Finally, we obtained a melting curve from 55 °C to 95 °C with a temperature increase of 0.5 °C every 10s.
The melting curves were used to verify that the amplification yielded a single and specific qPCR product visualized as a single peak.

The Ct values for each of the candidate reference genes were analysed with geNorm (Vandesompele et al., 2002), NormFinder (Andersen et al., 2004), BestKeeper v. 1 (Pfaffl, 2004), and the delta-Ct (ΔCt) comparative method (Silver et al., 2006). We calculated the standard deviation (SD) for each relative gene expression value (i.e., by measuring the variation of the dataset) and obtained a linear regression to verify constant gene expression based on the Ct value. Finally, we performed an ANOVA to determine significant differences in the expression of each gene regarding Ct values and healthy vs. ill groups. We considered a P-value <0.05 to be significant. All analyses were performed using R version 4.0.1 and the graphs were obtained using tidyr and ggplot2 packages (Wickham et al., 2016; Wickham and Henry, 2018).

RNA quality was confirmed through the presence of RNA bands on the agarose gel corresponding to the 18S and 28S ribosomal subunits (Figure 1a). The RNA concentration ranged from 50.5 to 860 ng/mL, indicating that cDNA synthesis was done from optimal RNA concentrations.

For the female dog samples evaluated, the primers showed optimal expression levels indicated by Ct
>8 and <35, correlation coefficients above 0.95, standard deviations (SD) <0.39 (for the dilution replicates), and no evidence of primer dimers (Figure 1a-b). However, primers GAPDH-NM, 18S-1, 18S-AY and Beta-actin-1 did not achieve amplification efficiencies between 90–120% (Table 1).

The consensus stability analysis and normalization of the seven primers demonstrated that the primer Gamma-actin-1 was the most stable according to the programs used (i.e., geNorm, NormFinder, BestKeeper, and the ΔCt comparative method), followed by the primers GAPDH-NM, GAPDH-1, and 18S-1, which showed differences compared to the stability of primers Beta-actin-XM and 18S-AY (Figure 2; Table 2). On the other hand, we did not obtain sufficient information for Beta-actin-1 to determine the stability of this primer by comparison; therefore, we do not consider it an efficient marker (Table 2).

Finally, we did not find significant differences in any of the genes regarding Ct values or between healthy and ill samples.

The series of analyses based on geNorm, BestKeeper, NormFinder, and ΔCt has been used in previous studies to select efficient, specific, and sensitive primers for successful relative quantification of genes in qPCR or qRT-PCR assays (Ossa-López et al., 2017; Scharlaken et al., 2008; Wu et al., 2017).
The comparison of these methods allows identifying characteristics of stability, normalization, and amplification of genes of interest, and prevents errors resulting from data incorporation, sample readings in measurement instruments, and the use of dilutions, control and sample groups, such as those used in this study (Wu et al., 2017). Furthermore, certain factors, such as the biological sample, are affected by the anatomical locality, tissue, or cellular region of origin since these display differential and variable gene expression (Rubie et al., 2005). This issue is observed in cancer pathologies, such as mammary cancer, due to high cellular plasticity and variability of individuals and external factors (Pang and Argyle, 2015).

The comparative evaluation of seven primer pairs (three obtained from the literature and four designed here) allowed demonstrating optimal levels of gene expression (Ct >8 and <35, correlation coefficients above 0.95, and SD <0.39) that agree with Ridgeway and Timm (2015). We discarded two designed primers that did not achieve reliable amplification and efficiency, as well as two markers (e.g., 18S-AY and Beta-actin-XM) that showed the lowest levels of stability in the analyses. Although we confirmed the gene and organism specificities of 18S-AY and Beta-actin-XM, we do not recommend their application for qRT-PCR. Overall, our analyses showed that the primers Gamma-actin-1, GAPDH-NM, GAPDH-1, and 18S-1 display adequate efficiency, specificity, and stability in qRT-PCR assays. Among these primers, Gamma-actin-1 and GAPDH-NM are reported here for the first time with superior performance compared to the primers reported by Sánchez-Archidona et al. (2007).

Moreover, the statistical analyses did not show significant differences in the Ct values of the genes studied, confirming that these molecular markers show constant expression in healthy and ill patients. Furthermore, the presence of mammary tumours does not affect the expression of the candidate genes and this is optimal for the selection of reference genes in gene expression studies in blood samples.

This is the first study to evaluate reference genes related to canine mammary cancer in blood samples. We report two candidate primers: Gamma-actin-1 and GAPDH-NM, which both show high specificity and efficiency.

Therefore, we propose the use of these primers as adequate endogenous controls in qRT-PCR experiments, specifically, in blood tissue samples for the study of canine mammary cancer. 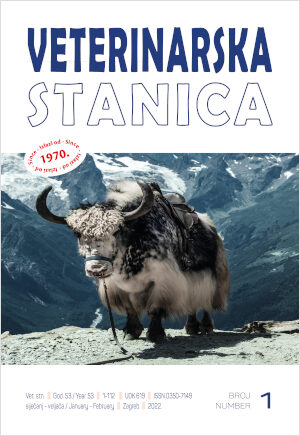 Characterization and nutritional assessment of traditional dairy products from the Zlatibor region, Republic of Serbia

The effect of metformin on murine and bovine sperm motility parameters